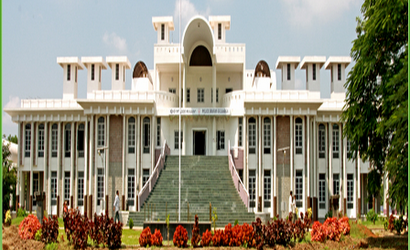 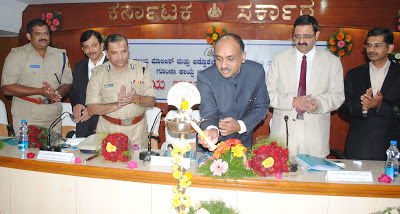 RECRUITMENT OF CONSTABLES (GD) IN CAPFS AND RIFLEMAN (GD) IN ASSAM RIFLES-2013
Staff Selection Commission makes recruitment to Group B (Non-Gazetted) and Group ‘C’ (Non-technical) posts in the Ministries/Departments, attached and subordinate offices of the Government of India, the C&amp;AG and its Accountant-General Offices, Election Commission and Central Vigilance Commission.
SSC has its Headquarter located at New Delhi. Shri N.K.Raghupathy is the Chairman, Staff Selection Commission at present. The Commission is having 7 Regional and 2 Sub-Regional Offices. These offices ensure that the Commission’s examinations are conducted through a large network of examination centers situated in different parts of the Country for the convenience of the candidates. The Regional Office at Bangalore (Karnataka Kerala Region) was established in the year 1990 with jurisdiction over the States of Karnataka, Kerala and the UT of Lakshadweep Islands.
The Commission’s examinations are held at the following centers in Karnataka and Kerala:

Staff Selection Commission will be handling the Recruitment of Constables (General Duty) in CAPFs ( BSF, CISF, CRPF, ITBP, SSB )  and Rifleman(GD) in Assam Rifles - 2013 under Ministry of Home Affairs, in the pay scale of Rs.5200 – 20200 with Grade Pay of Rs.2000/-.  The Age limit is 18-23 years.  The tentative number of vacancies is about 22,000 and actual number will be finalized later. The Minimum essential qualification is Matriculation for this recruitment.
2.         The Commission has published the notice in 15-21 December, 2012 Edition of Employment News/ Rozgar Samachar and the closing date will be 11.01.2013. The Candidates domiciled in a State / UT only are eligible for vacancies in respective States / UTs. The Physical Standard/Physical Efficiency Test will be held in February-March 2012. Written Examination will be held on 12.05.2013 for candidates qualifying in PST/PET. Questions for Part-A, B &amp; C will be set in three languages. In addition to Hindi &amp; English, it will be available in Kannada in Karnataka and in Malayalam in Kerala. Allocation to different CAPFs will be made on merit-cum-preference basis. Paper applications are to be sent by candidates to the respective Regional / Sub-Regional Offices of the Staff Selection Commission in whose jurisdiction the Centre of Written Examination falls.  Candidates opting for Centres in the state of Karnataka and Kerala need to send the applications to:
The Regional Director,
Staff Selection Commission (KKR),
I Floor ‘E’ Wing, Kendriya Sadan
Koramangala, Bangalore – 560034.

In case of online applications, the candidates will have the option to apply either through http://ssconline.nic.in or http://ssconline2.gov.in. For online applications, Part-I registration will close on 09.01.2013 and Part-II registration will close on 11.01.2013. As very heavy server loads are encountered during the closing dates, candidates are advised that in their own interest, they should complete their online applications well in advance, without waiting for the closing date.
The following help lines are available from 10.00 AM to 5.00 PM (Mon to Fri) for the guidance of the applicants to this recruitment:
Helplines: 9483862020, 08025502520
3.         The following are the major features of the Recruitment:-
(i)         Vacancies have been allocated State/UT-wise in CPO to be filled by candidates domiciled in the State / UT. Therefore, this provides an excellent opportunity for the youth of Karnataka, Kerala and Lakshadweep Islands to serve the Nation, besides getting a secured Government job.
(ii)        Separate vacancies have been reserved for Border Districts and Naxalite / Militancy affected areas in different States / UTs.
(iii)       The selection process will consist of Physical Standards Test (PST) / Physical Efficiency Test (PET), Written Examination for PST/PET qualified candidates and Medical Examination for candidates shortlisted on the basis of Written Examination.
(iv)       Vacancies are likely to increase and will be finalized before the Written Examination.
(v)       The Written Examination will consist of Matriculation level questions on General Intelligence and Reasoning, General Knowledge and Awareness, Elementary Mathematics and English or Hindi.
(vi)       Only one application should be sent by an applicant, indicating the forces for which he would like to be considered in the order of preference. Submitting multiple applications will result in rejection of all such applications summarily.
(vii)      It is also observed that many applicants belonging to SC/ST/OBC categories fail to produce the certificate in the format prescribed in the notice during document submission. In order to be eligible for the benefits of reservation, they are advised to obtain the relevant certificates as per the formats given in the notice and submit when sought for.
Detailed notice and application forms are available on SSC website http://ssc.nic.in and the SSC (KKR) website http://ssckkr.kar.nic.in from 15.12.2012 onwards.

The Staff Selection Commission will hold on 12.05.2013 an open competitive examination all over the country for Recruitment of Constables (General Duty) in Border Security Force, Central Industrial Security Force, Central Reserve Police Force, Sashastra Seema Bal and Indo Tibetan Border Police Force and Rifleman (General Duty) in Assam Rifles in the Pay Scale of Rs. 5200-20,200 in Pay Band 1 with Grade Pay of Rs. 2000/-.  The recruitment process will consist of Physical Standard Test (PST), Physical Efficiency Test (PET), Written Examination for candidates qualified in PST &amp; PET and Medical Examination for the candidates short listed, based on their performance in the written examination.

Application form and Detailed Notice are available in the 15-21 December 2012 edition of Employment News and the websites http://ssckkr.kar.nic.in and http://ssc.nic.in. These can be downloaded and used by the candidates for submission of paper applications.  For applying online, please visit either http://ssconline.nic.in or http://ssconline2.gov.in.  Candidates applying for the examination should ensure that they fulfill all the eligibility conditions for admission to the examination as stipulated in the Notice. Only one application should be submitted and the final allocation of a particular CAPF will be based on merit-cum-preference. Female candidates will be considered for the vacancies earmarked for them.

Posted by Dr. Simi Mariam George IPS. Superintendent of Police, Kalaburagi District at 10:49:00 AM No comments:

Kalaburagi is the largest District in Karnataka State with a total area of 10.954.97 Sq.km. It has a total population of 27.29 Lakhs . 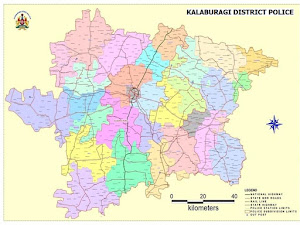